One of the funniest AD's ever...listen to the music, the lyrics (scroll below)...

Posted by nikrusty at 3:28 pm 0 comments

Sometimes I look at some people and wonder, "Really?? This was the sperm that won?.."

Bob asked his doctor if he had ever laughed at a patient. "In over 20 years I haven't. I do my best to remain professional". With that Bob dropped his trousers revealing the tiniest willy the Doctor had ever seen. it was no bigger than an AAA sized battery. Doc bursts out into uncontrollable laughter, wipes away his tears, takes a deep breath and says, "I'm sorry, I really am, It won't happen again. Now tell me how can I help you?" Bob says, "It's swollen".

"Lesser is the traffic of thoughts in your mind...
Easier is the journey of life"...have a very blissful day :)

7 Cardinal Rules of LIFE...strange but true
1.Make peace with ur past so it won't screw up the present
2. What other ppl think of u is none of ur business
3. time heals almost everyhting, give time.
4. No one is incharge of your happiness except you
5. Don't compare your life with others and don't judge them. you have no idea what there journey is all about.
6. STOP THINKING too much, it's alright not to know all the answers. They will come to you when you least expect it.
7. Smile :) you don't own all the problems in the world

God upsets our plans only to setup His plan for us, because we see our present and plan our future but, He sees our future & plans our present. God bless you!

The smallest unit of TIME has both, a beginning & an end. Where the beginning and the end meet is the MOMENT. get to the moment; step into ETERNITY...Now is as good a time as any!

The Government today announced that it is changing it's emblem from the Ashoka Pillar to a condom because it more accurately reflects the government's political stance...A condom allows inflation, hatls production, destroys the next generation, protects a bunch of dicks and give you a sense of security while you're actually  being screwed. Damn, it just doesn't get more accurate ;)

Kasab dies at 75 in jail of high high cholesterol due to too much biryani.

Golmaal Part 27 is released. Tusshar Kapoor is still unable to speak or act!

Sharad Pawar own half the world

A Raja's son is arrested for 16G scam.

"Lakshadweep Cats" to be the 63rd team to join IPL.

Does Recycled Paper Really Save Trees? 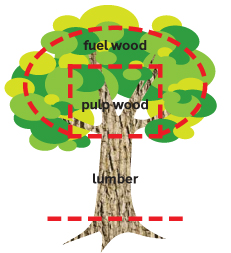 For all you environmentalists out there, ZDNet answers the basic question of whether recycled paper really does save trees. Read to know the truth...

Email ThisBlogThis!Share to TwitterShare to FacebookShare to Pinterest
Labels: environment

How to Build a Computer from Scratch

Excellent resources on this on how to build a computer from scratch, sites that help you out etc...