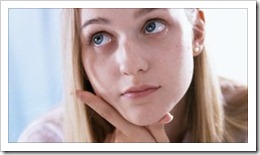 Daydreaming 'does not make you happy'


People spend nearly half of their waking hours not thinking about what they are actually doing, according to a US study conducted via the iPhone.

More than 2,200 volunteers downloaded an app which then surveyed them about their thoughts and mood at random times of day and night.

The Science study suggested minds wander, even from demanding tasks, at least 30% of the time. A UK expert said other studies confirmed people are easily distracted.

The iPhone was a novel research tool for researchers at Harvard University.

Participants agreed to be contacted, at which point they selected what they were doing from a menu, whether they were actually thinking about it, and how happy or sad they felt.


“This study shows that our mental lives are pervaded, to a remarkable degree, by the non-present”
End Quote Dr Matthew Killingsworth Harvard University

Remarkably, some participants were prepared to answer the survey even when making love.

While their study sample was composed entirely of people who owned the device, and were prepared to download and be disturbed by an app of this kind, the researchers said it provides an insight into how our minds can wander during the day.

After gathering 250,000 survey results, the Harvard team concluded that this group of people spent 46.9% of their time awake with their minds wandering.

Dr Matthew Killingsworth, one of the researchers, said: "Mind-wandering appears ubiquitous across all activities.

"This study shows that our mental lives are pervaded, to a remarkable degree, by the non-present."

Happiness
In addition, the survey data on happiness appeared to show a modest connection between the degree of mind-wandering and the level of happiness.

People who were most distracted away from the task in hand were more likely to report feelings of unhappiness.

Reports of happiness were most likely among those exercising, having a conversation or making love, whereas unhappiness was reported most while people were resting, working, or using computers.

However, whether mind-wandering is the cause, or the result of unhappiness is still not proven by the research.

Professor Nilli Lavie, from the Institute of Cognitive Neuroscience at University College London, said that while any attempt to try to measure the wandering mind was "heroic", the results of the study might be rendered less reliable by the type of participant it attracted.

She said: "Mind-wandering may simply be ubiquitous in the type of person who is engaging in this type of iPhone application, and who is prepared to be distracted from whatever they are doing in this way."

However, she said that her own laboratory research had found similar or even higher levels of mind-wandering among subjects given less demanding tasks to complete.


The article talks about day dreams and how much we generally day dream during the day. Now of course the sample set taken is nothing to really speak about but it does touch upon a certain reality, that beings  - Most people are day dreamers. Day dreamers = drifting away in our own thoughts and fantasies.

Now interestingly, Yoga says there are only 5 kinds of minds (categories) out of which the first 3 are most prevalent in general public (most beings)
1. Shipta – Restless mind, the butterfly mind, can never remain steady, is thinking one thing and doing the next and then attracted to this and that and this, typically children’s mind show this and some adults too
2. Muda – Dull mind, exact opposite of the restless mind, it doesn’t want to move, finds it too difficult to even think about moving
3. Vikshipta – Occasionally steady but most of the time restless, it has steadiness sometimes otherwise restless (shipta), this is where most spiritual aspirants are
4. Ekagraha – One pointed mind, steady mind, always focused, is never wasting precious resources on scattering the mind
5. Nirodha - Literally no mind state, here the mind is so much in control that it can be turned off by will and not by dullness (though it may seem so)

Now a restless mind which we mostly are, either in shipta and vikshipta state have the essential characteristic of always floating around in whatever it wants to think. Muda (dull mind) doesn’t like to think much, and no that doesn’t mean its steady, it’s just to darn lazy. If you observe your own minds during the day, you’ll essentially see it floating in either of the First 3 states. You are said to be in a particular category of mind, only if you are established in that state all the time. Also note that, there are various gradients in all these minds, well atleast the First three, I cannot comment on the last 2 advanced states.

Please Note – Before you evaluate yourself on this, Steadiness is not what you and I understand as being steady, but steadiness towards a higher goal as DEFINED by Yoga!

Conclusion – The article is very close to reality despite the subject size, the goal, etc of the test conducted by researchers. If what is true of the whole is true of the part, no matter how small that part is!

Email ThisBlogThis!Share to TwitterShare to FacebookShare to Pinterest
Labels: yoga